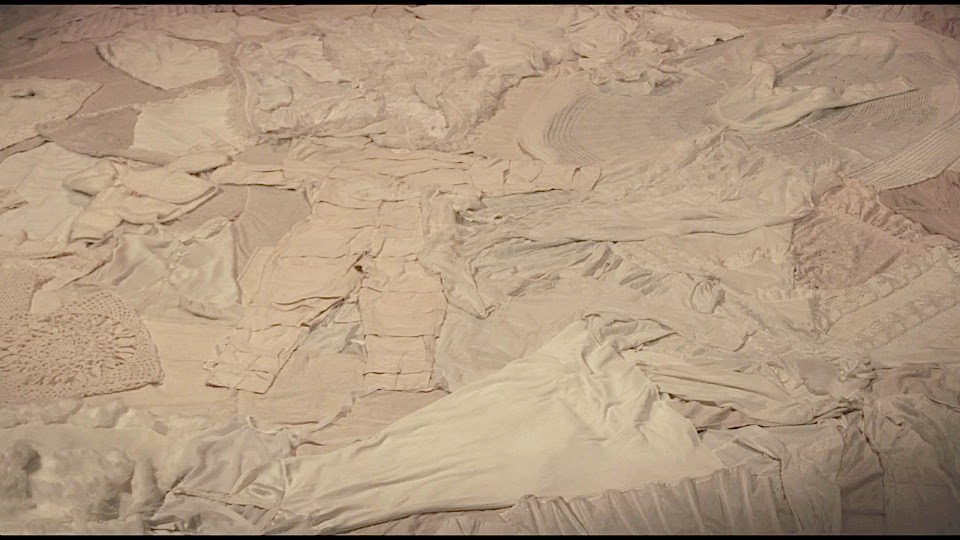 This title and the installation have been selected for the "première" in February 2011,
we have kept them in tribute to the victims of 2011 March 11th, past, present and future.

Moments of the process ] chambre intérieure [

With the support of: Céline Angèle

Shortly before going on stage with "Tabula Rasa" in June 2011, a friend, Hiroko told me a story  that deeply moved me, not only because we were in Japan during the earthquake.
Her friend had lost her father. He had been missing for several weeks following the tsunami.
They were looking around with hope. Some weeks later,  the sea has brought his body on the beach, right outside his house.  This is what I am longing for, a body-flesh, Nikutai, a body left to itself, going by itself, at home.
Jean Daniel Fricker


Jean Daniel Fricker undertakes   an exploration-experience, to inner and limitless spaces.   This crystalline and cellular dance is a non-form state,  “another” intimacy; intimate and universal.
A dance that serves the moment, innumerable.   A receptacle body that mediates what passes through.   From this penetration of vibrations radiates  an atmosphere,  the offer of a bare existence.  A life that searches itself, both wild and divine. The matter itself, who explores itself:   a substance, that at each moment new,  listens itself,  offers itself to the becoming.
Céline Angèle

I experiment a radical body process ] chambre intérieure [  , inner chamber,
a kind of non-dance in which the body would say yes to any moment, any space.
I intend a dance of the moment, not a linear construction
but the verticality of momentum based on intuition and receptivity.
I try to make myself available to each moment every single one, stubbornly.
I give more attention to the vibration of the atmosphere than to the visual rendering,
form, or movement. I am questioning about the possibility of not looking myself
having the experience as it is exposed to the gaze of others.
I propose for instance to give as much attention to the immobility
and the silence, than to the movement itself.


"It was definitively beautiful. Your action is intense, out of time, out of space and totally in at the same time…"
Emanuela DeCecco, Art critic

" TabulA RasA…a space-time hanging where Jean Daniel Fricker seems to invite us  to dive into our own inner chamber. Astonishment, discomfort, surprise, amazement.  As if the room was transformed into a giant scanner able to record our increased sensations. In fact audience get to become aware of the myriad of vibrations that drive them. From the stage to the audience, this artist knows for sure to be available, at each moment, at the place and  at the audience which he brings with gentleness, to live, by his side and in his own inner space, this radical exploration."
Rosaline Deslauriers, actress-musician and postdoctorante (EHESS)    "


I try to stay on my feelings. I saw "TabulA RasA"; it was first nonsense, this time becoming elastic and I could not remain indifferent; there was a common experience which I could not take the sense. I was there like in front of a painting, it was made to be watched. A painting has to be watched: There is first the gesture of the painter and the emergence of landscapes; subjects; seasons; events.  Effect of movement in a painting or in an inner dance is perceived by each one of us. Time is a way to access to sense; to let us be amazed by incomprehension or by intangibility; therefore sensations,  to let us being touched in the unconsciousness. Being caressed by the wind. The wind is felt but not seen: sensation.  We see the wind because we see the leaves of the tree moving: sensation. Contemplation becomes inexhaustible. It emerges the poetry of intimacy; from the contrast of shadows and lights.  I love. Finally! I could say more."
Clementine Balair, painter

" It was as if the body of Jean Daniel was not made of flesh and blood, but of a matter almost cosmic, in the instant before it crumbles. A fragile and at the same time eternal matter : I saw the space around him, but at the same time, it was as if he was out of space, of this space. In an absolute space.
This performance could have lasted 10 minutes, as 5 hours or two days, it depended on the touch of his skin with the breath of the universe. (…) Sensations were made of fragility but also universality."
Daniela Gamba, actress, dancer, editor

" A body carried from present to present,
Recolled by an inner voice
You return to yourself ...
from another world
In every movement a cry to an invisible cellular travel,
lapels of meat
Every time a fatality, a set free existence, a sure death
Then a flood tide, a sudden backwash movement
In the carpet rippled by human presences
emaciated bodies are evoked
and a lapped body, as if was there by chance, by real destiny
A thousand lives make you a shield
Faceless
a wave walks on human legs

Saved existence, eternally in danger
in each movement a rough caress, which leads to weep
While the stillness carries you
you speak the dense language of the fetus

A movement coming from far away goes back to itself and harbours the dance of Jean Daniel Fricker:
an hand trembles, the flesh moves forward: it tells underground memories

A body traces the story of its existence, a mysterious journey to the source of movement,
the show of the invisibile takes shape, an existence offered on a tray of flesh

Made of beauty that ravishes and upsets the ordinary, bread offered on a table laid of faceless souls.

Living flesh trembling with truth, an offer to the invisibile and a love token: tabula rasa

More than a dance, a foreboding,
more than a movement, a dialogue among cells.
Flesh that discovers to be alive, to be fragile, to be vulnerable,
but determined to be born
An ancient and immortal resonance
An inner landscape which inhabits the viewer in every single moment
and at the end
in the emptiness of the stage
make him cry for a new exile

All time that running through you - belongs to you "
Sara Pulici, dancer, writer