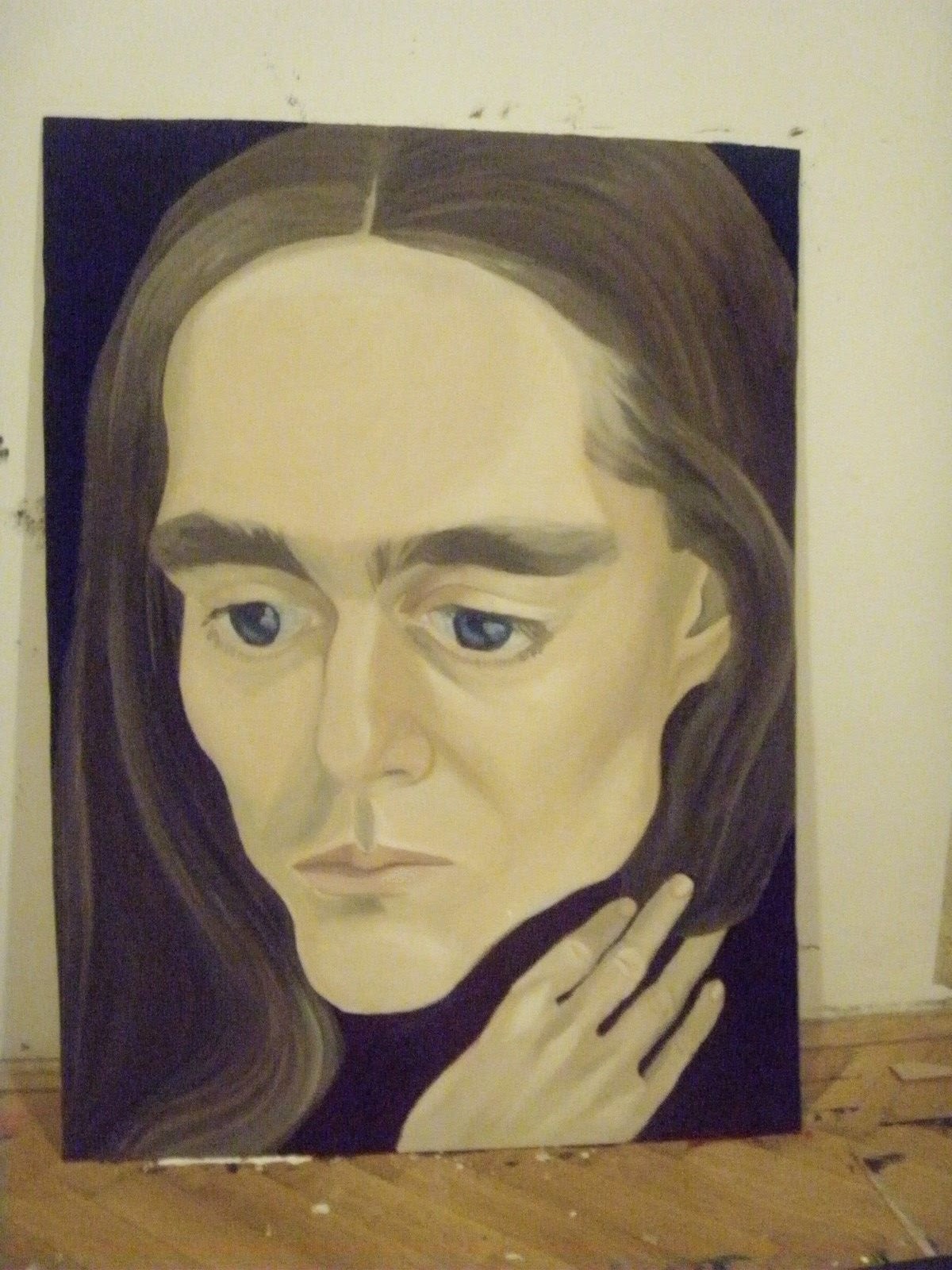 Jean Daniel Fricker undertakes an exploration experience to inner and limitless spaces.
This crystalline and cellular dance is a non-form state,
“another” intimacy; intimate and universal, a receptacle body,
serving each single moment, innumerable.
A life that seeks itself, new at each moment, offering itself to the becoming.

Since 1994, he has played its performances, " L'Oiseau Brank ", " Parole ", " FEU ", " i ",
" Cambodian Ghost Stories " in over 25 countries, exploring themes such as the vulnerability
of the human condition, animality, requiem and spontaneity
combining his dance practice with juggling and contortion.

In its early stages his research was influenced by his encounters with Jérôme Thomas.
In 1997, he discovered Butoh, that deepens through many meetings with Kazuo Ohno,
Yoshito Ohno and many butohkas.
In 2005 he meets his partner Céline Angèle with whom he has never ceased to work with.

In 2007 he found a group that he trains for the performance " Prières "
which lasted 6 weeks in Hampi (India), in this project he researches in particular
the unique and deep existence of each performer, in a common space.
His group experiences continue with the performances " Aus den Sieben Leuten ", " Femme(s) ",
" la femme inconnue ", " Solitudes "and "ombres internes" in which he emphasizes the personal attitude and the intuition beyond any form or technique.
Moreover, since 2012 Céline Angèle and Jean Daniel often perform in forêt de Fontainebleau near Paris.
In 2013, he directs her in the performance " Lumière Noire ", an experience of body and words, seeking their birth.
In 2016, they present " Diptyque avec une ombre " at 17th Butoh Festival in Paris.
In 2017, they create l'entre lieu, their place of practice, research, performances and workshops located in the village of Larchant, 1h from Paris and only at few steps to the forest of Fontainebleau
and Jean Daniel directs Céline in the performance " je ne danse pas j'offre mes os ".

Since March 2010 Jean Daniel explores in solos the process ] chambre intérieure [
with the support of Céline Angèle in many performances often in situ:
" Lumière Liquide " , " Réconciliation " , " vidA MORte ", etc
and also in the installations performances " TabulA RasA " and " au bord du silence "

Aloual, co-founder of the Théâtre du Lierre in Paris called  their research  " danse franche "  referring to the “creation franche” in art brut and he has linked it to the “ art informel ".

Jean Daniel's performances have been invited in many festivals,
Festival of Contemporary Juggling organized by Jérôme Thomas,
5-3-1 Festival of New Juggling 2006 (Finland), International Festival of Contemporary Theater
and Performing Arts 2005 (Zadar, Croatia), Bertin Poirée and CAVE
(Well known places for Butoh in Paris and New York), International Festival of Circus
in Venezuela 2008, Zonglovani Festival 2008 (Prague), FIAR 2010 (Portugal) ...
He performed also in BUREN Cirque (" FEU " is broadcast on Arte TV on this occasion),
and at the Venice Biennale, Antwerpen Festival, and the Festival Internazionale del Circo Contemporaneo of Brescia as the headliner of "Ombra di Luna".
He also played in many Galas, CIRCA 1997 (Auch), Mondoñedo 1998 (Spain),
EJC (European Juggling Convention) 1997 (Turin) , EJC 2004 (Carvin),
EJC 2007 (Athens), Berlin 2007, Prague 2008, Poland 2010 ...
In 2009, he received the Best Performer Award
at the Xth International Festival of Valladolid TAC (Spain) for the performance " i ". 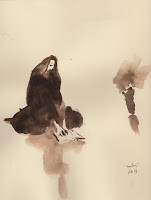 Céline Angèle passionate of Theater, she was trained in Dramatic Arts during three years in Cours Florent with Stéphane Auvray-Nauroy then two years in Cours Cochet with Jean-Laurent Cochet.
She works with several companies in Paris for ten years.
Twice french judo champion and conscious of the importance
of the body for the actor, she searches for a "total" theater.  Celine practices a "theater of extremes" where she explores the sublime and the monstrous through the universe of varied works from Racine to Hugo, from Novarina to Genet, from Artaud to Kane.
A body at once dense and sensitive leads her to meet Butoh experience.

She integrates Yumi Fujitani's Trois Garances group in 2004 and dances three years in her creation
" KAO-Chaos ", shown in particular in Théâtre du Lierre (Paris) in Rencontres Chorégraphiques – Japon 2006. She meets and practices with many butohkas, she dances for various companies and
also performs in Festival d'Avignon 2005, where she meets Jean Daniel Fricker.

Since several years, Céline and Jean Daniel give workshops together.